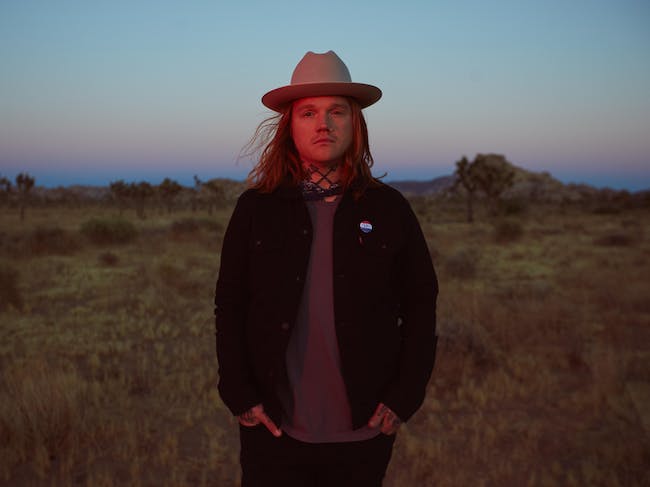 All Get Out, Ghost Atlas, Rowdy

iCal
Google
If I Believed You Tour 2020

“I feel like I do the best under pressure when things are bad,” states The Almost frontman, multi-instrumentalist, and songwriter Aaron Gillespie. “I need pressure and chaos to push me to be the best me. People want peace, but I don’t strive in peace.”

In order to record The Almost’s Fearless Records debut, Fear Caller, Aaron went to one of the most unpredictable and unstable ecosystems possible: the desert. The desert harbors countless ghosts, innumerable stories, and endless secrets. Various philosophies, texts, and religions point to it as the very source of creation. The vast nature of the desert’s power matches its geographical expanse in terms of sheer breadth.

It also speaks to Aaron on a deep level.

“I have a romantic affinity for the desert,” he exclaims. “There are so many untold stories and hidden truths. The beginning of our thoughts and existence as a people happened out there. For me, it was a cathartic experience. It’s something I’ve never done. I needed to get out there with the ghosts and see what would happen.”

In between his duties as vocalist and drummer for gold-certified three-time GRAMMY® Award-nominated juggernaut Underoath, Aaron introduced The Almost on the seminal Southern Weather. The group shared the stage with everyone from Faith No More and Jane’s Addiction to A Day To Remember and Paramore over the years. Forming a relationship with Paramore, Aaron landed behind the kit for the band for several years.

The Almost would be reenergized when he started writing in the midst of Underoath’s triumphant 2018 headline tour. This time around, storytelling took center stage.

“It’s where I am as a person,” he admits. “I’m continually striving to be more honest in terms of my feelings, my music, and how I deal with things. I’m talking about each subject as a vignette. The stories are individual experiences. It’s truly the most honest I’ve ever been in songs.”

The first single “Chokehold” illuminates this honesty. Airy clean guitar gives way to vulnerable verses as he soulfully intones, “Can’t you see what it’s like to be me? Looking for reflection in a blank sea.” It turns on a dime into a vital chant, “I come alive in a chokehold,” backed by a steady beat and robust riff.

“It’s a story of my childhood that really comes apart in the bridge discussing my father,” he goes on. “The song essentially explains how I got to be the way I am. I need the chokehold to succeed. It’s one of my favorite songs I’ve ever written.”

Elsewhere, echoes of feedback entangle with sputtering percussion on “Tame A Lion.” It culminates on a towering refrain offset by stark guitar and soulful saxophone courtesy of none other than JR Wasilewski of Less Than Jake. “Musically, the old Bruce Springsteen-like rock sax solo is something I’ve never done,” Aaron goes on. “I called JR up, and he obliged and did it really quickly.”

“If you try to force something like a relationship, business idea, or even a song and it’s not meant to be, you should let it die,” he advises. “You’re keeping yourself plugged into some weird life support machine, yet it’s doing nothing but causing pain. Untether yourself from those things. I’m confessing I can’t do everything and should stay where I’m at.”

Meanwhile, “I Want It Real” snaps into a driving and deliberate groove underpinning a melodic chorus. He goes on, “My life is touring and traveling. I have a family, so it’s hard to leave. When you’re on the road, you get to a certain point where people tell you what you want to hear. You get home, and it’s the realest thing. It’s beautiful. It’s family. It’s a call to the real world rather than the fake one.”

Quite fittingly, The Almost also breathe new life into the U2 classic “In God’s Country” from the iconic album The Joshua Tree.

Everything builds to the acoustic strains of “Why Do You Bother Me.” The conclusion offers a moment of stripped emotion and plainspoken poetry before a primal scream, confronting “those ghosts under your bed you can’t get rid of.”

The songcraft fulfills the potential he always exhibited at a now classic level. Inspired by Bruce Springsteen, Tom Petty, Brand New, and Dawes, he delivers the masterpiece he was always meant to make, achieving an artist breakthrough on par with those aforementioned influences by diving into the process like never before.

In early 2019, The Almost packed a van full of gear and drove 130 miles to Joshua Tree, CA in order to record these songs. Gillespie invited producer Matt Squire [Panic! at the Disco, Ariana Grande] to join him for six days in the second of two Airbnbs (after being kicked out of the first one) as they assembled a 12-song trip bolstered by rock spirit, alternative ambition, and eloquent storytelling.

“It was a wild, whirlwind time,” recalls Gillespie. “It was just me and Matt literally thirty minutes from a gas station. The music was very urgent.”

In many ways, the title also speaks to a personal truth for Gillespie.

“I was out running every morning in Joshua Tree,” he recalls. “I’d see jack rabbits everywhere I went. One night we want to a bar, and I even saw a jack rabbit. I saw one outside the window when I was recording. So, I looked up what jack rabbits mean. They’re a sign of anxiety, and I’m a very anxious person. The Fear Caller is like the lead jack rabbit. By acknowledging fear and calling it out, we can change it. If you work on this fear, you’ll be rewarded. That’s why Fear Caller fit so well.”

In the end, this is another classic desert story.

Gillespie leaves off, “The best music is ambiguous enough to where listeners can derive meanings of their own. I hope people find something in it that speaks to them. Maybe they can make some of my most honest moments their most honest moments.”