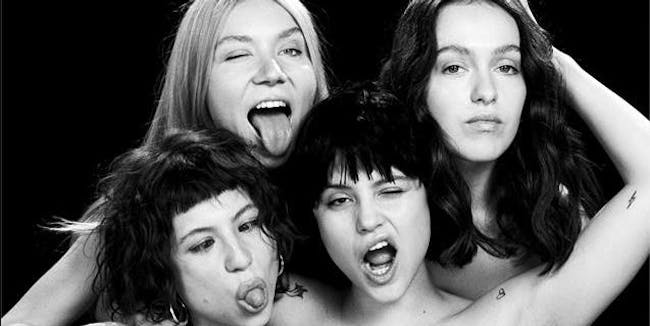 Nasty Cherry are four girls, two Brits and two Americans, with extremely individual and special personalities. They play music which is romantic and bitchy at the same time, like if Robert Smith was created by Andy Warhol in the Factory or The Strokes if they all had vaginas. Someone should remake ‘The Craft’ just so Nasty Cherry can do the soundtrack.

The band’s debut EP ‘Season 1’ is out now and you can catch them now on their Netflix Originals docuseries “I’m With The Band: Nasty Cherry”.