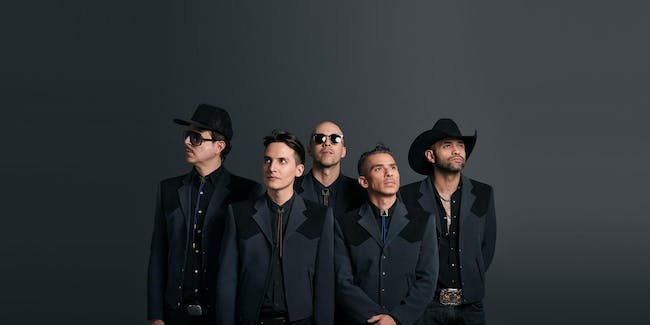 The diverse musical and cultural scene of Monterrey México was the main reason why Kinky became one of the most important bands in the Latin American of the last decade. Kinky, a band that formed in 2000, and since its first shows have been one of the most significant bands in the rock-electronica scene. The 5-piece band is Gil Cerezo (lead vocal), Carlos Chairez (guitar), Omar Gongora (drums), Ulises Lozano (keys) and Cesar Pliego (bass).

Kinky half-heartedly submitted a demo to a Battle of the Bands organized by the Latin Alternative Music Conference (LAMC) in New York. At this LAMC, British producer Chris Allison (The Beta Band, Coldplay) offered to sign and produce them under his label, Sonic 360. This self-titled album was released in 2002 with rave reviews from both international and national press. Huge hit songs such as “Mas”, “Soun tha mi Primer Amor” and “Ejercicio #16” led to many soundtracks and TV commercials.

In 2003, Atlas is released on Sonic 360. This album was even more focused on the electronica vibe and this added a plus for their live shows, the live shows turned into must see events. Around this time Kinky worked on a few Mexican movies providing songs for Amarte Duele and La Hija del Canibal.

In 2006 the band released it’s 3rd album called Reina, under their own label, Kin Kon Records. This album features collaborations with Colin Hay (Men At Work), the accordion player for Intocable, Ricardo Muñoz. More commercial success came with this album due to its radio friendly singles “A Donde van los Muertos” and “Linea de Luz”.

That same year, the song “Coqueta” was included on the soundtrack of the very popular videogame FIFA 2006 from EA Sports; and this began the new gamer era, placing songs in Tiger Woods PGA Tour 08 and Little Big Planet with the songs such as “Cornman” and “Sister Twisted” respectfully.

In 2008 sees the release of Kinky’s 4th album titled Barracuda. “Hasta Quemarnos”, “Marcha Atrás” and “Avion” were the singles that drove this album. By this time Kinky had many songs being placed in TV commercials for brands such as Motorola, Smirnoff Ice, Nissan, Honda, Pontiac and Bimbo.

They also managed to place songs in the TV series such as Kingpin, Alias, Scooby Doo, The Black Sash, Nip/Tuck, CSI NY, Fox Sports and many more.

Kinky, who has obtained 5 nominations for the MTV awards in 2002, and 4 more in 2007 launched their most recent production called Sueño de la Maquina in 2011. Produced and mixed by legendary Dust Brother, John King, who has produced Beck, Rolling Stones and Beastie Boys amongst many others. Mastering this album was tackled by Howie Weinberg who is responsible for iconic albums such as Blood Sugar Sex Magik of the Red Hot Chili Peppers, Nirvana’s Nevermind and U-2’s Pop.

Kinky’s enormous popularity is palpable in each of its live shows. The energy onstage has permitted the band to perform in some of the best festivals worldwide, multiple times. These include: Coachella, New Orleans Jazz Fest, Voodoo Fest, Bumbershoot, San Diego St. Scene, Outside Lands, Rock Al Parque and Vive Latino to name a few.