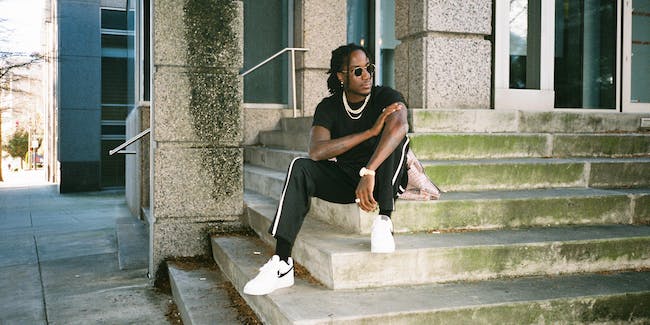 K Camp has arrived! As one of the most buzzed about artists in the music industry today and named a “New Artist You Need To Know” by Rolling Stone and a XXL Freshmen in 2015, K Camp is taking over the music scene and captivating radio nationwide. Born in Milwaukee and raised on Atlanta’s Northside, two-time BET Hip-Hop Awards nominee K Camp’s 2015 highly anticipated mixtape, “One Way” featured his top 10 urban radio single “Lil Bit.” The successful track was the introduction to his debut album, Only Way Is Up, which was released in September 2015. The album featured two RIAA certified gold singles “Cut Her Off” and “Comfortable.” Only Way Is Up was recognized by SPIN as one of the 50 Best Hip-Hop Albums of 2015. K Camp is also well known for his singles “Money Baby” and “1Hunnid.” K Camp dropped a six-track EP entitled Lyric Ave Fall 2016 followed by KISS 4 in Spring 2017. K Camp completed an international tour to coincide with the release of Lyric Ave and a US tour to kick off 2017. On the social media front, his music videos have reached over 200 million people, his following across Facebook, Twitter, and Instagram spans over 1.7 million fans, and is growing by the day.