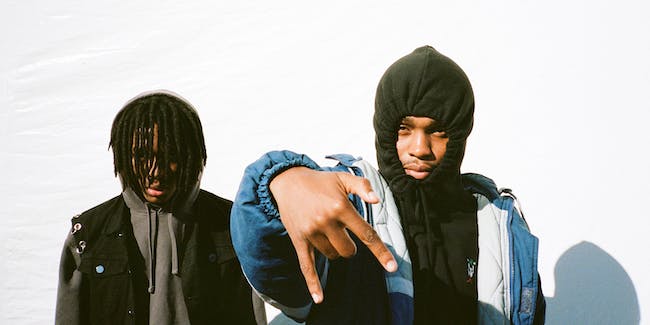 JASIAH and $NOT – North American Tour

Originally from Dayton, Ohio, Jasiah, 23, is unlike any rapper associated with the SoundCloud rap movement. He considers himself to be an artist who can transcend genres. This means he can excel in any category, whether its making screamo songs like “Case 19,” which features Tekashi 6ix9ine, or agro anthems like “Crisis” that contains a familiar Courage the Cowardly Dog sample. The Ronny J-assisted record got him his first music video with hip-hop’s sought-after director Cole Bennett, who shared it on the influential Lyrical Lemonade YouTube page. With over eight million views thus far, it’s clear Jasiah’s music is making an impact. Jasiah is a multi- layered artist who prides himself in having different personas. Those personalities will translate in his art, notably in his forthcoming project Jasiah I Am that’s due out in July. With production by him, Take A Daytrip, Blake Slatkin, and Travis Barker, Jasiah I Am is a collection of songs that channels all kinds of moods. Inspired by Dr. Seuss’s Green Eggs and Ham, Jasiah wants to “feed” fans his music until they come around to liking it. On the record, Jasiah channels stripped down opera singing, rock, emo rap, and melodic R&B. The themes are a mix of pain and heartbreak, with others bringing a chaotic energy that’ll surely start mosh pits at his shows.

Jasiah’s mission is to open doors for other artists who aren’t just dedicated to one genre. “The reason it’s called Jasiah I Am is to show you’re not gonna just get this sound. I don’t want you to box me in,” he says. “I’m not a rapper. I’m not a pop artist. I’m an artist...”

In the last two years with only a microphone in his room and an Instagram page, $not has been making an undeniable wave in Florida. The 21-year old rapper, motivated by a cult following that has developed in front of his eyes, has relentlessly released SoundCloud gems with rising stars such as ‘Kill Me Bitch’ with Lil Toe, ‘Lovely’ with $us, and the exploding ‘Ca$e 19’ with Jasiah. Following on the success of his break-out single “GOSHA,” South Florida’s latest underground sensation is skyrocketing in front of his cult fanbase’s eyes. Over dark trap beats that are ready to boom across the stages of festivals like Rolling Loud, $NOT spits extremely witty bars along with infectious hooks. With a dedicated fanbase and a natural talent for making killer music, it’s safe to say that he will be on everyone’s radar in the coming year.