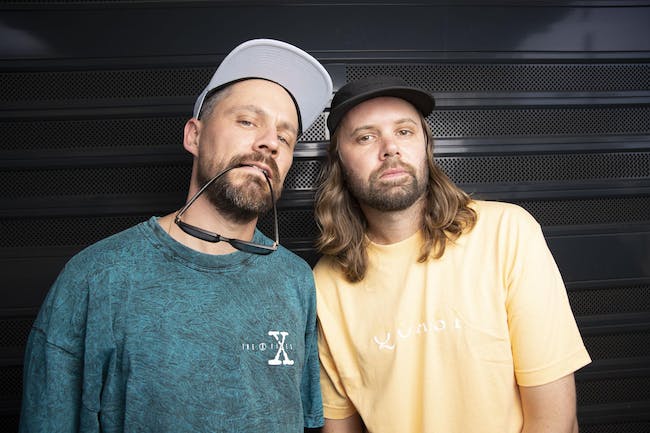 Since the early 2000s Elgusto and Luke Dubs have been exploring the wide sonic territory formed by their influences, both individually and as a group. Their chemistry in the studio is undeniable, and backed by a friendship that has seen the duo experience some incredible moments on stage and behind the scenes. Hermitude have remained one of Australia’s most endearing and popular acts.

Rising to International success in 2015, Hermitude experienced an abundance of love for their smash hit ‘The Buzz’ all around the world.

After hiding away writing new music, Hermitude are back with a daring new single, which feels completely new and irresistibly familiar all at the same time.

’Northern Lights’ will lure you in with its light beginnings, and pull you under with it’s earth shattering drops, proving the trust their fans have put in them to deliver new music is well worth the wait. Sonically reminiscent of their mammoth single, ‘The Buzz’, which saw the Australian duo rise to International success, this fresh track signifies their most bright and brash release thus far.

Joining Hermitude on this track is co-writer Soaky Siren (US) and rapper Vory (US), courting each other in an old school lovers duet. Reaching new heights with each release, the duo have found inspiration from working with a myriad of vocalists on their new music.

Announcing a massive World Tour, Hermitude will be heading to new and exciting places with hype new music and a revitalised energy.