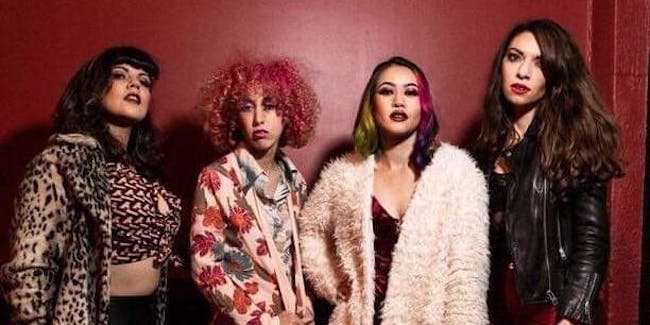 “The Glam Skanks’ tough and glittery guitar-driven music is all their own, and it also fits right into the mythology of Hollywood’s Sunset Strip, as the band could have performed at Rodney Bingenheimer’s English Disco in the ’70s. Of course, the Skanks were born one or two decades later. But if time travel were a reality, they could zoom back to the “Me Decade,” and become easy contemporaries of the Runaways, the Sweet, David Bowie, T. Rex, Mott the Hoople, the New York Dolls, and other glam-rock legends.”