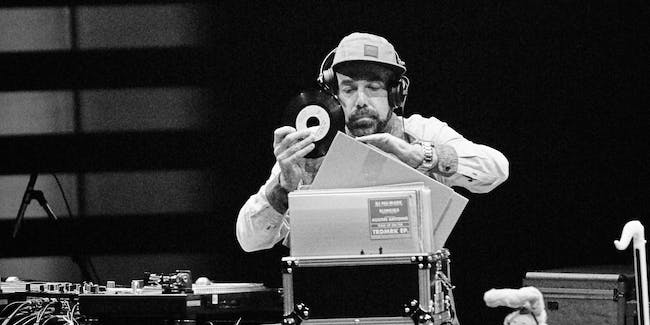 For the past 10 years, BRAZA! has taken the city on a music trip around Brazil and the rest of the world, and now it's time for Oaktown to get a taste of it as we depart to a new journey, BRAZA! Oakland. Featuring a veteran member of the legendary hip hop group Jurassic 5, DJ Nu-Mark, the Bay Area producer, and DJ, J-Boogie, and many other local DJs, this first edition of the East Bay party will be a destination not to be missed.

The party goes way beyond the basics to mix all the most current baile funk, hip hop, reggaeton, trap, samba, soul, disco, Latin beats and even remixes from the African diaspora. Started in 2009 by 4 DJs and 1 musician, BRAZA! has given thousands of dancefloor enthusiasts the best tropical DJ sets by bringing current and classic world-class DJs behind the console. Names like Sango, Nuts, Spinna, Marcelinho da Lua, Lefto, Maga Bo, Nu-Mark, Sabo, and so many local names, were often in the lineup.

Producer, turntablist and veteran member of the legendary hip hop group Jurassic 5, DJ Nu-Mark is considered one of the most creative on the scene constantly raising the bar of mundane DJ sets. From deploying children's toys to rocking the largest turntable to ever exist, being original in the cookie cutter world of DJs has never been an issue. From working with legends like Charles Bradley, Aloe Blacc, and Method Man, starting his own label, Hot Plate Records, scoring films, creating a viral internet series and landing a spot on prime time TV, he is on his way to becoming a household name and there's no slowing in sight.

At the age of 13, DJ Nu-Mark became a DJ in the Los Angeles house party circuit. Over the last two decades, he has amassed an immense collection of rare records from around the world catapulting him into the critically acclaimed Hip-Hop outfit, Jurassic 5. After releasing a slew of hits and classics with the group he is best known for his production on the raw anthem “What’s Golden” from their Power in Numbers album released in 2002. Even with the wild success of this single it still only gave us a small peek into his expansive imagination.

Nu-Mark has been widely recognized for performing with children’s music toys. His Toy Set went viral when he compiled performances from around the world in his DVD Nu-Conduit. Nu’sToy Set caught the eye of late night talk show host and producer James Corden, prompting an invitation to be the in-house DJ on the hit television show Drop The Mic hosted by Method Man & Hailey Baldwin. Additionally, the theme song for the show was written and produced entirely by Nu-Mark. To date, Nu-Mark has made appearances in several feature films and documentaries including MacGruber, Popstar – Never Stop Never Stopping, Scratch, KeepinTime, Coachella: The MovieandRock the Bells – The Documentary. He has earned music production and co-scoring credits forRide Along 1&2featuring Kevin Hart & Ice Cube.

Most recently Nu-Mark introduced his Zodiac Tracks strictly vinyl mixes where he pays homage to pivotal musicians and artists by mixing them seamlessly in their respective astrological sign in a live birthday tribute video. After reaching millions of views, Nu-Mark teamed up with Method Man for an exclusive song to honor all the astrological signs in a song called Zodiac Killah. Nu will be performing every Zodiac sign live in an all vinyl mix for his release shows coming soon.

Known for his eclectic and international taste-making DJ sets, J Boogie has rocked massive festival stages, intimate clubs, underground radio and everything in between. The Bay Area producer, DJ, and leader of J Boogie’s Dubtronic Science specializes in getting the party started with his original style.

Guedes is the co-founder of BRAZA!, a party that became an event production company, in California. He has traveled the world as a musician, DJ and event producer. From Brazilian soul to baile funk, samba, and house to reggaeton, his sets are an invitation for everyone who's interested in all forms of Brazilian music, to dance and hear how it connects with the rest world. Born in Brazil and based in San Francisco, Guedes has fused his love for his home cultures sonic exports successfully, anytime he plays.

DJ Elan is a native of San Francisco but his coração is definitely Brazilian. He's made frequent pilgrimages to Brazil over the past 15 years digging for records everywhere from São Paulo to the backwaters in the Amazon, and his collection is nothing short of World class. He is one of the founding members of the BRAZA! Club parties in the San Francisco Bay Area, and continues to rock the dance floor eclectic topical selections.

DJ Double B has cultivated a huge following of fans by bringing the Brazilian culture all the way to the Bay Area and reintroducing it to a multitude of genres such as Hip Hop, Trap, R&B and Reggaeton. The artist is locally known across San Francisco for his Brazilian funk parties. He started his DJ career in 2014 in the exotic São Paulo state, Brazil - his home base. Currently, you can find Double B mixing at some of the top night clubs in the Bay Area such as Temple, Harlot, Love & Propaganda, The Great Northern, Audio... the list goes on!