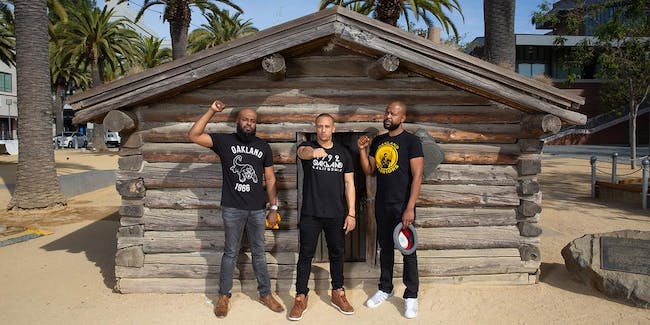 Choice and Wiley met as pre-teenagers at UC Berkeley’s Young Musician’s Program, and later met Blankenship as he became an in-demand keyboard player on the Bay Area music scene. They built a special bond in 2007 as members of Ms. Lauryn Hill’s band. that Choice was musical director of, and each played an integral role in as they toured over 15 countries in a one year time span. They have collaborated on numerous projects and performances ever since.

All 3 have established themselves as band leaders in the Bay Area, Blankenship with “Spooky Fox”, Wiley with “Extra Nappy” and Choice with “Kev Choice Ensemble”. Each has also released individual projects that have solidified their careers, Choice with 4 albums including the acclaimed “Oakland Riviera” and his instrumental project “88 Steps To Eternity, Blankenship with his “Living For The Future, and Wiley with his “The Angola Project”.

Choice has toured with Michael Franti and Spearhead, Goapele, Zion I, LyricsBorn, The Coup, Too Short, and composed a Hip-Hop/Jazz/Classical piece for the Oakland Symphony. Blankenship has worked with the likes of Sheila E., Ledisi, Michael Franti and Spearhead, while Wiley has worked with The West Coast Get Down with Kamasi Washington, Miles Moseley, and Terrace Martin, as well as Doug Carne and Chester Thompson.