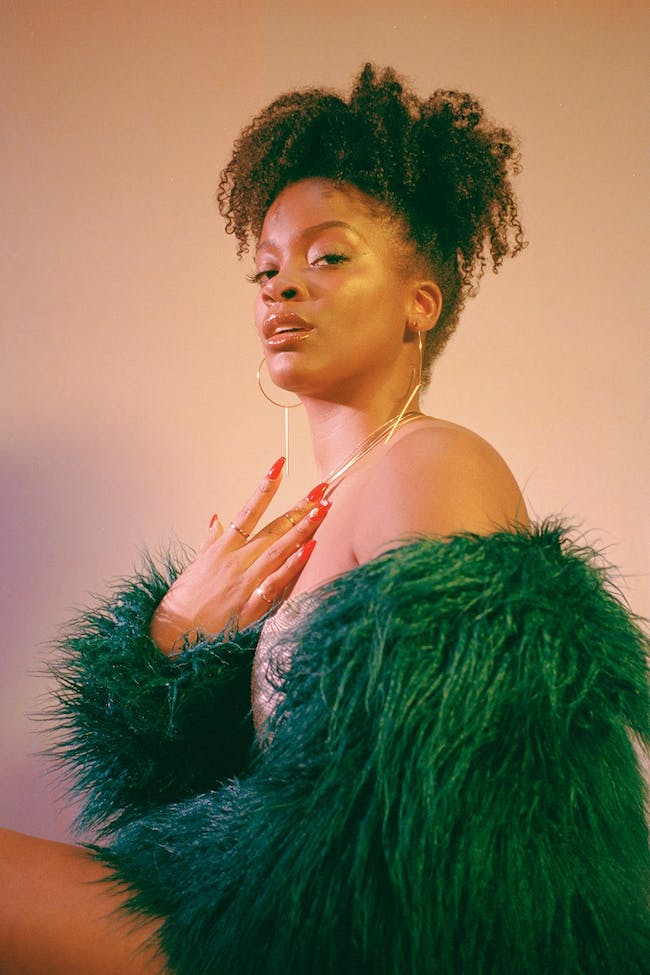 It never fails. The moment you hear a distinctive voice, it pierces right through and stays with you. Ari Lennox possesses such a voice.

Early fans of the Washington, D.C.-bred singer-songwriter became clued in three years ago when they began repeatedly clicking onto YouTube to hear her refreshing, laid-back vocals on soulful covers of songs by Coldplay, Fantasia, Blink 182 and finally her own track “La La La La.” The buzz grew following the release of “Backseat” featuring Cozz—her first single after being signed to Dreamville/Interscope in late 2015.

Now it’s time for everyone else to catch up. And that will happen with the release of Lennox’s PHO EP. Then everyone will learn that besides her unique vocals, Lennox isn’t afraid to unleash what’s exactly on her mind. Take “Backseat,” for instance, in which the female is the one shifting the romantic gears in the relationship to get what she wants physically.

“While the music is soulful,” explains Lennox, “I’m also talking about something suggestive and unusual for a young female. Sometimes women are put in this box where we’re only supposed to talk about certain things. I want to be braver and riskier. I think people want to hear that kind of honesty and frankness.”

Being brave and taking risks is how Lennox has always approached her craft. While her high school friends were talking about college and joining the military after graduating in 2009, she knew only one thing absolutely: “I wanted to do music.”

While growing up in the D.C. area, Lennox came by her love of music thanks to her parents and grandmother. They introduced their youngest daughter to a diverse array of artists ranging from Ella Fitzgerald, Billie Holiday and Minnie Riperton to John Legend, Common, Whitney Houston and D’Angelo. Her grandmother was a casino singer whom Lennox describes as having a “breathtaking, Diana Ross-type vibe.”

Of her own singing, which began in church and later segued into talent shows, Lennox says, “I knew I had something. But I also knew that I had to work hard to get something from it.” That work ethic translated into stints at open mike nights and “any competition I could find,” notes the singer who at one point auditioned for American Idol. She even took a bus out to California in pursuit of her musical voice. “I was a young wild child with no plan,” says Lennox. “But I came to Los Angeles anyway to try and make it. But it didn’t go well.”

Then the tide started to turn in 2013 when, having moved to New York, she teamed up with producer Dave James to release Ariography, her self-reflective EP featuring the buzz track “La La La La.” But then, as Lennox recalls, the “hype died down a little” and she moved to Charlotte, North Carolina where her family had relocated.

It was here that the singer started working on herself “mentally and musically,” writing and posting songs on Soundcloud. That’s when Lennox began locking in her unique sound. “I call it modern, relaxed, new soul,” says the singer. “It’s just chill with today's hip hop vibes." As for my voice, it’s vulnerable and soulful; imperfect but pretty.”

Soon after Lennox found her sound, J. Cole and Dreamville came calling. “On my first day working at a local public storage company, I received a call saying that Dreamville wanted to fly me out to California,” recalls Lennox. “I was terrified the whole way but I was determined that this could change my life.”

And it has. In addition to the forthcoming PHO EP—which examines the ins and outs of romance—Lennox is putting the final touches on her solo album debut. She promises the yet-untitled project will be filled with encouragement. “I’m finally tying meaningful messages and romance together—something I’ve always wanted to do.”