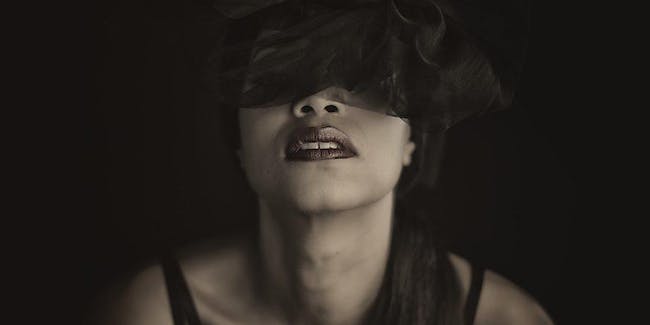 The Rebirth of Alice Smith

There comes a time in every artist’s life when they have to step into the spotlight on their own terms. For Janet, it was about Control. For Prince, it was about Emancipation. But for Alice Smith, it’s the art (and hard-won battle) of simply being herself.

The NYC-bred singer/songwriter/producer, known for her 4-octave vocal range and stunning stage presence, made a name for herself with her critically-acclaimed 2006 debut album, For Lovers, Dreamers & Me, released on BBE Records. At the time, her artful blend of bluesy, soulful vocals and mid-tempo grooves garnered a passionate following that packed venues like NYC’s Mercury Lounge and Joe’s Pub, while Vibe Magazine gushed that her sound “evoke[s] Fiona Apple’s finest material.” Her single “Dream” was nominated for a Grammy Award in the Best Urban/Alternative category.

For a young performer who had until recently cut her teeth within the New York Afro-Punk scene—where she sang with Black Rock Coalition and Tamar Kali, and collaborated with Zero 7’s Sia Furler and Imani Coppola—the spotlight attention was a surprise. The glow dimmed rather quickly, however, when it came time to record her sophomore album.

She signed to Epic Records after a bidding war and re-released For Lovers in 2007. The next four years were dedicated to writing and recording new material. Meanwhile, the label went through numerous, well-documented changes to its executive staff. For an artist who had always been self-reliant, Alice suddenly found herself at an impasse. Though she was producing new material at a steady clip, it was being held back by the inner workings of her label.

“It was painful,” explains Alice of the process of recording her unreleased album. Though she recorded countless tracks, they lingered on the shelf. While her reps tried to mold her into something she was not, fans showed that they love her as she is—they packed her performances, demanding new music. It was a wake-up call for the fiercely independent singer. “It’s almost embarrassing, to be performing a sold-out show and people are asking me where the new music is,” recalls Alice, adding that she had so little control over her own music, that she didn’t even know when her fans might get the chance to hear it.

Though her fans may have wondered what happened to Alice Smith, she was hardly silent during those years. She performed new material for sold-out crowds at top venues like New York’s Highline Ballroom, SOB’s and Blue Note Jazz Club, and Los Angeles’ Wiltern Theater. Meanwhile, she experienced huge shifts in her personal life, giving birth to a baby girl, and moving her new family to Los Angeles for a sunny but serious change of pace. With a new pair of trusted collaborators—producer Syience and singer/songwriter Rebecca Jordan—she put these experiences into song.

Today, Alice looks forward to finally giving her fans a hotly anticipated dose of new music. “It’s an exciting time, but it’s a really calm excitement,” she explains. “I feel really inspired to get where I’m going musically. I'm excited to get back to work and continue examining what it is and what it takes to be a powerful woman, happy and fulfilled.”

The new collection reveals the same passions of the “country at heart” singer, raised between Washington DC and Augusta, Georgia. Surrounded by everything from go-go, to gospel, to pop, she crafted her own stories blending elements from her favorite genres. By the time Lovers debuted in ’06, Alice was known for a unique approach to soul, tempered by a heady dose of rock and her own personal take on matters of the heart. It’s the same appeal that she brings to her new material.

“I've always written about and been interested in relationships,” says Alice, musing over her songwriting process. “I'm still interested in those things, because I think they are most important. However, I'm just as interested in how they relate to the self. I've been more consciously applying what I've learned about relationships in my outward life, to my relationship with myself inside.”

With notes of ‘60s pop, Burt Bacharach-style melodies and that intoxicating element of attitude, Alice’s upcoming collection has something for die-hard followers and new fans alike. Her sound has evolved, adding lush, orchestral arrangements and multi-hued melodies. Though she has always been an artist at heart, Alice is now a mother, and she’s been through some powerful experiences over the past few years. She emerges with new insights to realize through song. Still singing, of course, but today, stepping out independently, she has all the more reason to give ‘em something they can feel.

Part retro soul, part nineties R&B pastiche, part New Wave-inspired synth-pop, ASTU’s music refuses to pledge allegiance to a single vibe. The Oakland-based singer/songwriter has the ability to find an easy, irresistible groove and turn it into a unhurried banger. The depth and complexity of her buttery alto on Patterns, her debut project, has garnered critical acclaim from Afropunk, Earmilk, KQED and more. From silky, slow jams to trip-hop-esque grooves, ASTU keeps us wanting more.

Variance Magazine describes her sound as "...kin to some of Solange’s recent material with the whispering confidence of Kelela..." while KQED raves, "...a particularly insightful and self-assured debut, sure to count as one of the Bay Area's most notable releases this year."